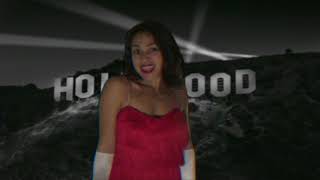 Singing Memories Of A Lifetime

My First Time... singing a telegram.

In the Fall of 2011 I was trading songs over tea with a long time pal, Orange Peel Moses. In between sips of Chamomile and Top 40 covers, he would share stories about his singing telegram business and the hilarious performances. He had turned his passion for playing dress up and singing into a performance art, and shared the biggest smiles when re-enacting some of the parody songs he customized for the occasions. I had to admit, the thought of performing to a stranger in a costume for 15 minutes sounded terrifying.

As an award winning singer/song writer and performer for years mostly fronting rock bands, I knew I had to face the fear while daring myself to enter a new, yet familiar acting world.

A month or so later I got the phone call from Orange Peel asking if I had a cheerleader costume and wanted to perform at a very prestigious restaurant in Denver. Immediately, I tracked down a cheerleader costume from a friend, as well as a coach’s jacket for Orange Peel. My heart began to race as soon as I began putting the costume on and my hair into pigtails. While I rehearsed the birthday song and Cheerleader choreography, my coach was hyping me up in the background and playing the guitar songs on loop in my apartment.

We pulled up to the restaurant Valet, informing them that we would be back in 10-15 minutes tops, and we entered the swanky spot. The beat of my bands drummer was now replaced by the booming in my chest as a duo in Cheerleader costumes with balloons made our grand entrance. My pom pom’s flaring, my pig tails head banging, my voice raw without a sound check or mic. The crowd in the private room cheered and the cheeks of the recipient/ B-day boy were as red as my own headband and overly blushed cheeks.

We stayed to take a picture and left with freshly hatched butterflies in our stomachs. Once in the car I turned to George and said “When is the next one?!" Just like my very first musical performance at 15 years old in front of a rock crowd, I was hooked.